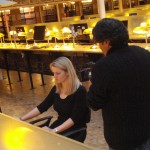 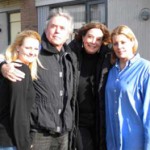 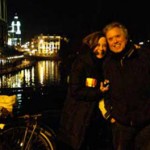 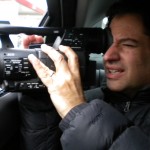 Production on No Way Out But One began in earnest in March of 2010, basically on a wing and a prayer. Attorney and Executive Producer Toby Kleinman secured a donation from a generous benefactor that would finance a trip to Amsterdam for a small crew to film the principle interviews with Holly Collins and her family. As well as Els Lucas the amazing Dutch attorney who helped Holly Collins get asylum. The business plan was a variation on the “build it and they will come” approach. Get the crucial footage and hopefully the financing would flow… because this was just too important a story to ignore.

But the inspiration for the project really happened in 2008 when Garland and Barry met Jennifer Collins at the Battered Mothers Custody Conference in Albany, NY.

Jennifer told the riveting story of how her mother, Holly Collins, became an international fugitive, charged with kidnapping Jennifer and her brothers. She described in gripping detail how Holly had taken them and fled in order to protect them from their abusive father. He had been awarded full custody of the children, despite the evidence of abuse and despite the children’s tearful pleas to be allowed to live with their mom. Jennifer spoke about life on the run, life as a refugee, life in the shadows, life on the edge of poverty. But it was all OK. At least they were safe.

Barry Nolan wrote an article for E Pluribus Media and Garland reached out to Holly to see if she might consider permitting a crew to come and interview her at home in The Netherlands. Holly agreed and production began.

Shooting for No Way Out But One took place in the Netherlands, Washington, D.C., Minnesota, Boston and Albany.