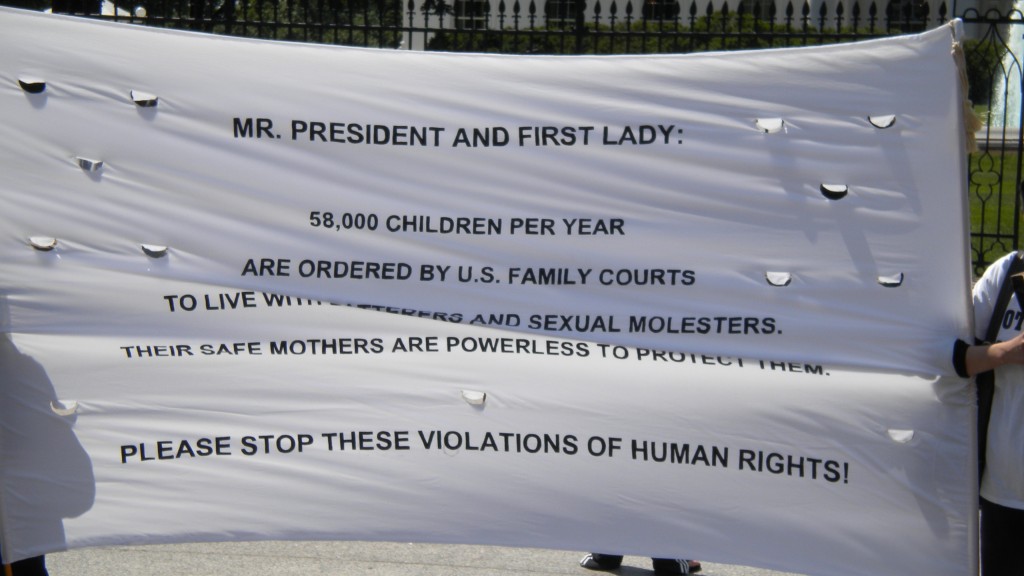 Whenever family courts in America give custody to abusers, or ignore credible evidence of domestic violence or child abuse in making custody decisions, it is a gross injustice. When it happens all across the country and occurs on regular basis, it is a national scandal. Almost as disturbing, simply saying that this is happening has become a highly controversial act in itself. As always, absent public scrutiny and discussion, it is possible for the loudest voices to prevail. The mainstream media are, by and large, afraid to cover the issue. They worry that it is simply “He said/She said” territory, even in cases where there is clearly substantial credible evidence of abuse. But facts are stubborn things.

This site offers research and facts from reputable and peer reviewed publications which attempt to explain and explore how battered women can and do lose custody of their children in family courts. Fathers’ rights groups will hotly dispute the facts, the statistics and the research. But it is important to note that fathers’ rights people are about just what they say they are about – fathers’ rights. Not children’s rights. Not women’s rights. Not human rights.