“The film is advocacy journalism at its very best, exposing what can happen when men accused of abuse get custody in family courts.” – Nancy Doyle Palmer, Huffington Post

“Filmmaker Garland Waller has done it again. No Way Out But One is a powerful, disturbing and spot-on indictment of the broken U.S. family court system. Holly Collins’ tragic tale will undoubtedly disturb everyone who believes in the integrity of the U.S. justice system, and hopefully, this film will inspire viewers to join the growing international family court reform movement.”
- Kathleen Russell, Executive Director
Center for Judicial Excellence

“No Way Out But One is a compelling account of exactly why the family court system in the United States needs to be completely overhauled. It is not acceptable that in order to protect her children, the choices a mother must make right now are to allow them to continue to be abused, or break the law and become a fugitive. The safety of the children and mother must be the primary goal of any custody decision, and until that becomes a reality, many more mothers will be faced with this terrible choice. No Way Out But One shares one such story with great compassion and clarity.” – Rita Smith, Executive Director
National Coalition Against Domestic Violence

“This evocative film describes one woman’s battle to protect her children and puts into relief a family court system that too often aids in abusing the children it is duty-bound to to protect. This film is essential viewing for anyone who cares about families and children.” – Joyanna Silberg, PH. D., Executive Vice-Presidenty
Leadership Council on Child Abuse & Interpersonal Violence 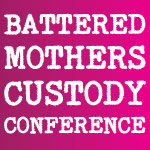 “This stunning documentary portrays the journey of Holly Collins, who fled in desperation from Minnesota to the Netherlands to protect her children from their father. Having abused Holly throughout their marriage, he collaborated with lawyers and other family court agents to label Holly as a “parental alienator” and to gain custody of their children. This story is guaranteed to shock and infuriate you. I hope it does, but I also hope it will inspire many people to become involved in the growing movement to combat family court abuse of battered women and their children.”- Mo Therese Hannah, Ph.D., Professor of Psychology, Siena College, Licensed Psychologist, and Chair and Founder of
Battered Mothers Custody Conference

“We tell our children that they are unique, special, and that if anyone hurts them, they should tell and keep on telling so they can be helped. What if a judge refuses to listen and gives the children to the abuser? The quiet flame that lights No Way Out But One is Holly Collin’s courage and fierce determination to protect her children from the violent abuse they were suffering in their father’s home. Fundamental changes in Family Courts are necessary if we are truly committed to protecting child and adult victims of violence and sexual abuse.” – Eileen King, Regional Director Justice For Children